RideAbout65 is underway! However, almost not…On Launch Day minus 2 (Thursday) I was out walking down a woods trail, tripped, took a giant step down the hill and twisted my newly reconstructed knee with a pop/grind/OUCH. I was scheduled for my last follow-up visit with Dr. Stark on Friday. To his question of “How is it going”, I replied, “It could be better”. So…maybe the new ACL is torn or hopefully just severely strained – MRI when I get back. Stuck with wearing my Cti brace the whole trip…just don’t want to think about it anymore for now. But, Launch Day went off as planned on Saturday!!!

RideAbout65 Day 1 report.  I made it down the driveway without incident and aimed toward Red Boiling Springs via the great roads Rt 80 out of Carthage to Rt 56.  I stopped in Red Boiling Springs to visit CycleMo’s motorcycle museum – small but interesting. A surprise find there was my old lifelong friend Tommy Hamilton’s clean original 1970 Husky 400.  Tommy died a few years ago and his son made arrangements to display it there.  About 25 years or so ago, Tommy gave me his original 1953 Harley 165 that his Dad bought new for him while he was in high school.  He gave it to me on the condition I would restore and keep it (which I did). I left Red Boiling Springs on that good road 56 up to Gamaliel and then took 100 over to Tompkinsville, then thru Greenburg, Campbellsville, and on to Danville to stop for the night. The little Ducati and I were very happy with the back roads. 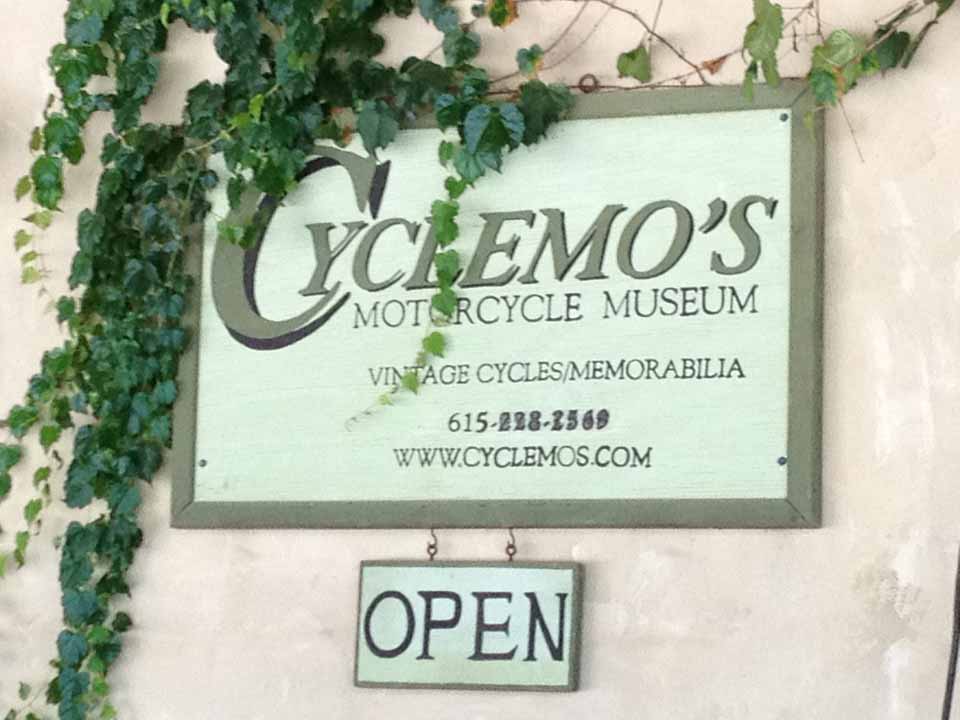 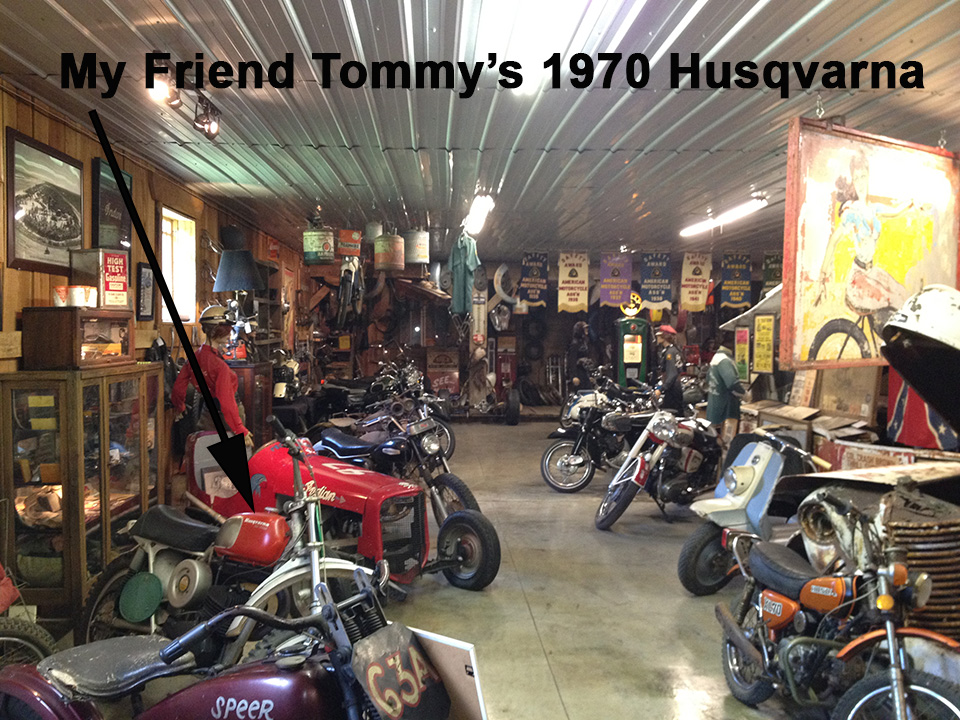 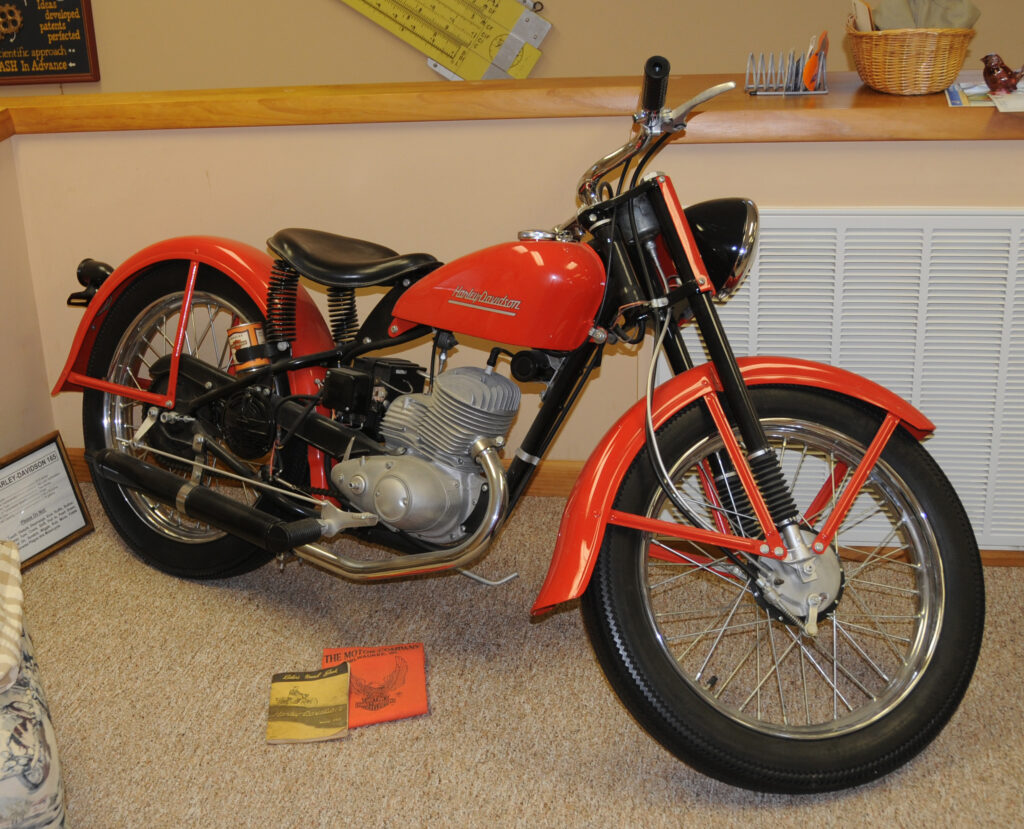