I got sort of a late start so I took Route 2 up to Electric City, therefore avoiding the ferries and any chance of getting stuck where they were closed or late.  The terrain for this section was more of the flat to rolling hills with vast farmland on both sides of the road as well as ahead and behind.  The farms appear to be huge and this area was all freshly plowed.  Now I understand today they use GPS to plow those thousands of acres in straight lines – but how in the world did they do it before?  Seems like it would be difficult to do.  As I neared Electric City and Grand Coulee Dam the terrain turned more interesting from a motorcyclist’s point of very.  Hilly and rocky with curvy roads.  The dam itself was another of those impressive public projects built in the 1930’s and early 40’s that is still doing its job today.

The road and scenery got steadily better as I headed up toward Omak, WA.  I was pretty hungry when I arrived in Omak as I had been saving up to eat at the famous Breadline Café.  I had read a number of reviews from various sources about the café and I felt I should at least stop in to verify.   The service was as good as you could possibly want and the food was very good.  A very pleasant stop for sure.  I had the usual 20 questions about my trip and my bike – always happy to chat on those subjects.

Heading out of Omak on Route 20, the North Cascades Highway, toward Twisp the road started getting really good but I also started seeing evidence of the terrible wild fires of a few weeks ago.  Later in Twisp, I heard that over 250 structures had burned and the fires had come very close to the town.

Twisp reminded me of some of the outlying little California I used to ride through many years ago.  Quaint with a population of apparent free spirits and folks that came to visit and never left (not exactly like Twilight Zone).  It does seem to say something when a town of only 900 people or so has a public electric car charging station…

I settled into the extraordinary comfort and friendliness of the Twisp River Suites.  What a lucky find – run by the ever attentive Joe Marver – about everything a motorcycle traveler could want was provided.  Joe personally showed me to the covered and secure area where I could park my bike and then to the very inviting hammock down by the river where I would later nap for over an hour in bliss.  The rooms were compact but furnished with everything and the finish and hardward was absolutely first rate.  I could go on and on but the one thing that stood out above all was the cleanliness – I don’t think I have ever stayed in a room that clean – a big wow by today’s standards.

I also found out that the American Pickers crew stayed there when they came to town to film some segments.

Joe also recommended that I eat next door and he was once again spot on.  I considered staying on a few days in Twist just to bask in all this personal attention some more but as it turned out it was a good thing that I moved on the next morning. 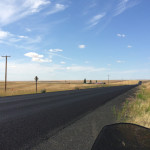 Between Spokane and Electric City 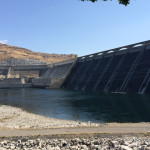 Downstream side of Grand Coulee dam 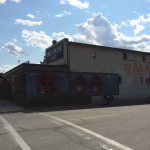 The Famous Breadline Cafe in Omak 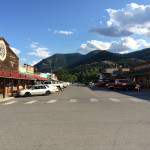 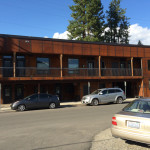 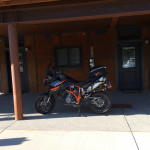 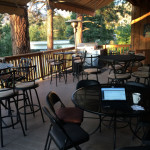